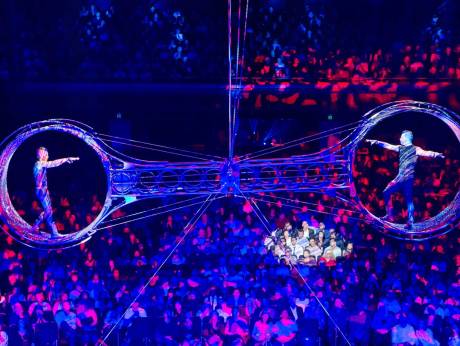 Another circus is coming to town. Cirque Le Noir, which markets itself as a dark circus, will hit Abu Dhabi and Dubai between March 17 and April 2.

Each Cirque Le Noir will feature more than 20 acts including spinning metal wheels, acrobatic stunts 9 metres high and the Columbian Wheel of Death, considered one of the most complex circus stunts in the world, featuring two acrobats performing atop and inside a pair of spinning wheels rotating high above the stage.

The Abu Dhabi shows will run from March 17 to 19 at the du Forum on Yas Island, while the Dubai shows are from March 23 to April 2 at the Dubai World Trade Centre. Tickets, starting at Dh199, are on sale now on platinumlist.net.

Jumeriah Sceriah: Have you felt the thrill yet?