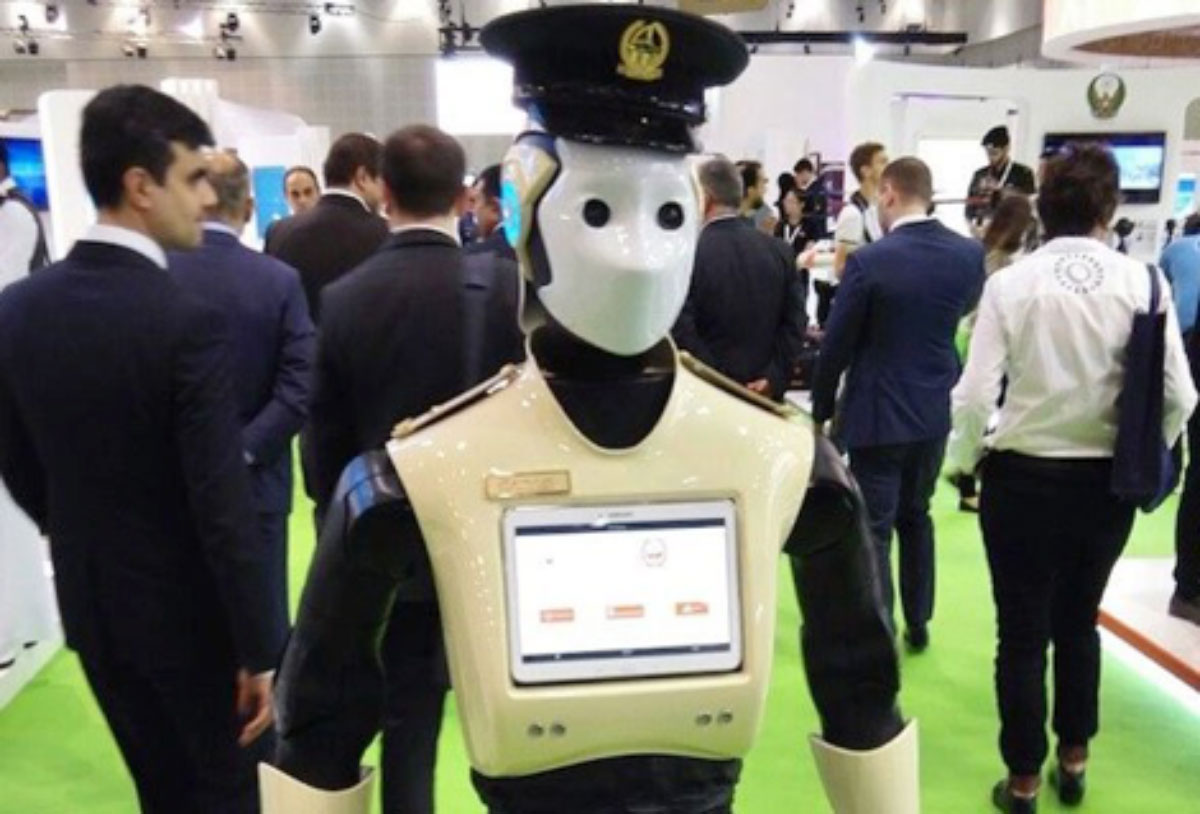 We all remember the Jetsons; the flying cars, the video calling and the robot maid. Well, the future is almost here. Dubai Police is set to put its first real-life Robot policeman into service, and there could be an entire squad of them patrolling the streets by 2030.

Prototypes of the police robots were unveiled at the Gulf Information Technology Exhibition (GITEX) in October. Brigadier Khalid Nasser Al Razouqi, general director of the Smart Services Department quoted, “We are looking to make everything smart in Dubai Police, and by 2030 we will have the first smart police station which won’t require human employees.”

The Robot cops are so efficient that although doing the duties of a cop, you can use the touchscreen on his chest to report crimes, pay for traffic violations, and submit paperwork, and like any officer worth his cap, he can also salute and shake hands.

The Robot cop uses a variety of cameras that are able to detect people and objects. If it spots anything suspicious, it can alert police. It is also fitted with a smoke detector to report fires. The robot has a battery life of roughly eight hours, and automatically returns to its charging station when it needs to. With the Robot cop, Dubai is all set to welcome the future of police protection.

This Connecticut Bill Would Make Famillies a Lot More Happier